Get fresh music recommendations delivered to your inbox every Friday.

Fire On The Moon 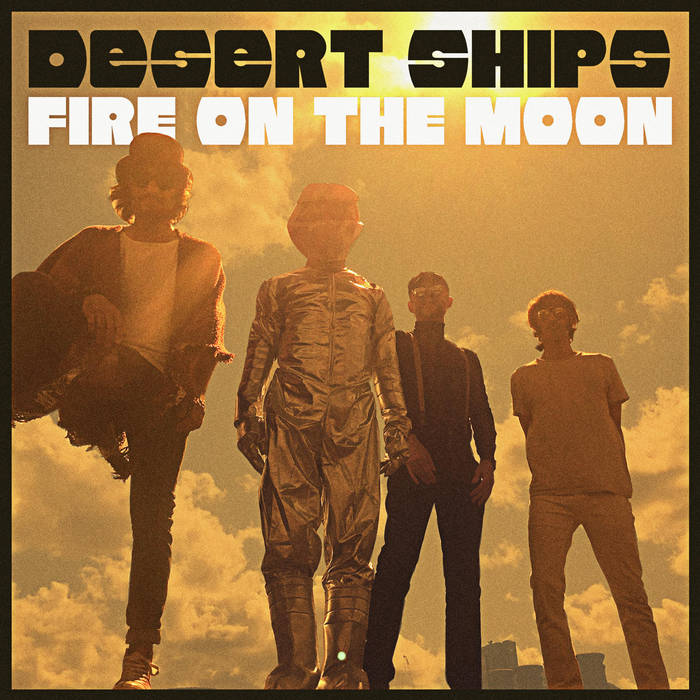 Drawing influence from Garage Rock, Dream Pop, and Neo-psychedelia - the result is a catchy and melodic two and a half minute fuzz bass and synthesiser driven song that tells the tale of a blue collar worker living and working in orbit, spending his days cleaning satellites and his nights missing his family back on earth.

The production is handled gloriously by Mikey Buckley (vocals/guitars), with the line-up completed by the mesmeric rhythm section of Daniel McLean (bass/keys) and Claude Trejonis (drums/vocals), with complementary sonic duties from Ant Baker (guitar/vocals). Ecstatic reactions to their recent Hope n’ Anchor live show confirmed that “Desert Ships are a fantastic band that deliver groovy, hypnotic tunes” (Music Is To Blame), and that ‘Fire On The Moon’ is surely destined to join ‘Neon’ in sailing out on the airwaves.

Mastered by Tim Turan (Supergrass, Killing Joke), ‘Fire On The Moon’ is available to stream / download on Friday 17th December 2021.

“Totally stoked to have the world’s first radio play for that one” - Cerys Matthews, BBC Radio 6 Music
“The vocals float effortlessly across a wonderfully layered tune” - Shindig Magazine
“Simply breathtaking” - Drowned in Sound
“A super-driven psychedelic trip into space” - Written In Music
“It’s a cracker!” - Our Sound Music

Bandcamp Daily  your guide to the world of Bandcamp

Lance Skiiiwalker joins the show to discuss his most recent releases